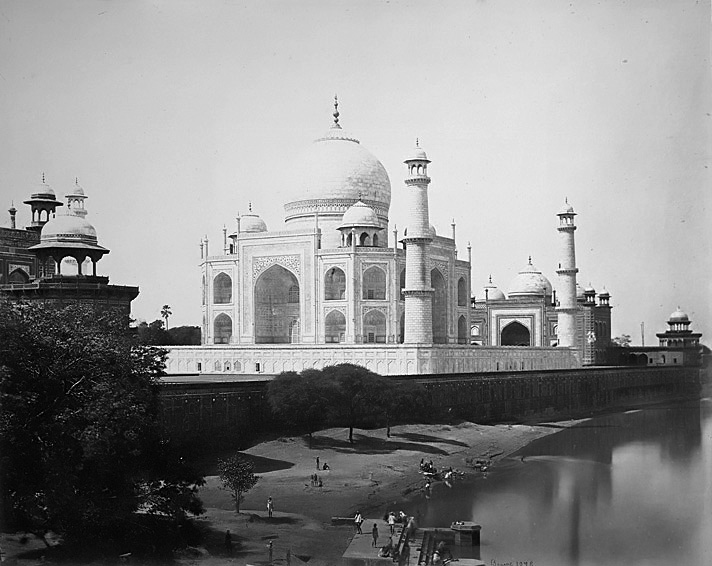 A sweet and sour pachadi or chutney made of tantalizing ingredients like raw mango, tamarind, jaggery and neem flowers.

How to make ugadi pachadi:

A Unique Ritual
There is a peculiarity about the practices of the various sects of Brahmins; one who is not conversant with them finds it difficult to understand their meaning. Even though they are all Brahmins certain differences in their lineage may be traced among them. These become manifest in their distinctive calendars where the dates and months vary. Some have calculations according to the solar system, and others according to the lunar system; with the result that despite all being Brahmins the New Year differs among different sects. Thus there is a Telugu New Year’s Day, a Tamil New Year’s Day, and a New Year’s distinct from these in the almanac of North India.

According to Chandramana, Ugadi is celebrated on the bright fortnight (‘Shukla Paksha’) of the first month (‘Chaitra Masa’) in the first season of the year i.e. Spring (‘Vasanta-Ritu’). As all these important elements are present, this day has special significance marking the commencement of a New Year.

Significance
It is believed that the creator of the Hindu pantheon Lord Brahma started creation on this day – “Chaitra Suddha Padhyami” or the Ugadi day. Also the calculations of the great Indian Mathematician Bhaskaracharya proclaim the Ugadi day as the beginning of the New Year, New month and New day. The onset of spring also marks a beginning of new life with plants acquiring new life, shoots and leaves. The vibrancy of life and verdant fields, meadows full of colourful blossoms signify growth, prosperity and well-being. With the coming of Ugadi, the naturally perfumed Jasmine’s spread a sweet fragrance, which is perhaps unmatched by any other in nature’s own creation. While large garlands of Jasmine are offered to Gods in homes and temples, Jasmine flowers woven in clusters adorn the braids of women.

Predictions Of The Year
Ugadi marks the beginning of a new Hindu lunar calendar with a change in the moon’s orbit. On this day, people chant mantras and the pundits make predictions for the coming year. Traditionally, the “Panchangasravanam” or listening to the yearly calendar was done at the temples or at the Town square but with the onset of modern technology, one can get to hear the priest-scholar on television sets right in one’s living room.

Preparing For The Occasion
Preparations for the festival begin a week ahead. Houses are given a thorough wash. Shopping for new clothes and buying other items that go with the requirements of the festival are done with a lot of excitement. Ugadi is celebrated with festive fervour in the states of Maharashtra, Karnataka and Andhra Pradesh. While it is called Ugadi in Andhara and Karnataka, in Maharashtra it is known as “Gudipadava”.On Ugadi day, people wake up before the break of dawn and take a head bath after, which they decorate, the entrance of their houses with fresh mango leaves. The green mango leaves tied to the doorway signify a good crop and general well being. It is noteworthy that one uses mango leaves and coconuts (as in a ‘Kalasam’, to initiate any puja) only on auspicious occasions to propitiate gods.People also splash fresh cow dung water on the ground in front of their house and draw colourful floral designs. This is a common sight in every household. People perform the ritualistic worship to God invoking his blessings before they start off with the New Year. They pray for their health, wealth and prosperity and success in business too. Ugadi is also the most auspicious time to start new ventures.

Special Delicacies
It is a season for raw mangoes spreading its aroma in the air and the fully blossomed Neem tree that makes the air healthy. Also, jaggery made with fresh crop of sugarcane adds a renewed flavour to the typical dishes associated with Ugadi.”Ugadi Pachchadi” is one such dish that has become synonymous with Ugadi. It is made of new jaggery, raw mango pieces, Neem flowers and new tamarind. The inner significance of this preparation is to indicate that life is a mixture of good and bad, joy and sorrow and all of them have to be treated alike. All experiences have to be treated with equanimity. Every one should make a resolve that he will face calmly whatever happens in this year, accepting it with good grace and welcoming everything. Consider everything as for one’s own good. Men should rise above sorrow and happiness, success and failure. This is the primary message of the Ugadi festival.In Andhra Pradesh, eatables such as “Pulihora”, “Bobbatlu” and preparations made with raw mango go well with the occasion. In Karnataka too, similar preparations are made but called “Puliogure” and “Holige”. The Maharashtrians make “Puran Poli” or sweet ‘Rotis’.

Kavi Sammelanam
Kavi Sammelanam or poetry recitation is a typical Telugu Ugadi feature. Ugadi is also a time when people look forward to a literary feast in the form of Kavi Sammelanam. Many poets come up with new poems written on subjects ranging from Ugadi to politics to modern trends and lifestyles.

Ugadi Kavi Sammelanam is also a launch pad for new and budding poets. It is generally carried live on All India Radio, Hyderabad and the Doordarshan – Hyderabad, following “Panchangasravanam” (New year calendar) narrating the way the New Year would shape up in the lives of people and the state in general. ‘Kavis’ or poets of many hues – political, comic, satirical reformist, literary and melancholic make an appearance on the Ugadi stage.Ugadi is thus a festival of many shades. It ushers in the New Year, brings a rich bounce of flora and fills the hearts of people with joy and contentment.

Check this out. A very nice Facebook page : https://www.facebook.com/TheColorsofIndia

Most popular snack – a mixture of various vegetables are boiled, mashed and cooked with a spicy masala and served with butter fried pav.

Boil green peas in salted water till soft, drain, mash lightly and set aside. Grind ginger and garlic to a fine paste. Heat oil in a pan and add three fourth quantity of onions. Sauté till light brown. Add green chillies and ginger-garlic paste. Stir-fry for half a minute.

Add half the quantity of tomatoes and cook on medium heat for three to four minutes, stirring continuously or till oil separates from the masala. Add capsicum, mashed peas, cauliflower, potatoes and one and half cups of water. Bring it to a boil and simmer for ten minutes, pressing with back of the spoon a few times, till all the vegetables are completely mashed. Add Pavbhaji Masala, salt and remaining tomatoes. Cook on medium heat for two minutes, stirring continuously.

Heat half of the butter in a thick-bottomed pan or a tawa. Slice pav horizontally into two and pan fry in butter for half a minute, pressing two or three times or till pav is crisp and light brown. Garnish the bhaji with chopped coriander leaves, remaining butter and serve hot with pav accompanied with remaining chopped onion and lemon wedges.

Cottage cheese cooked with mushrooms and babycorns in yogurt gravy

Hug of victory (Yuvraj and Dhoni)

Lifting the Cup of victory........(Sachin tendulkar)

Wining shot from captain of the team (M S Dhoni)

Bowler behind the victory(Zaheer khan)

Wining runs been taken by Dhoni and Gambhir

The God of Indian cricket(Sachin tendulkar)

Non one can feel better than this.......after victory


Final Over and wining moments……….watch it 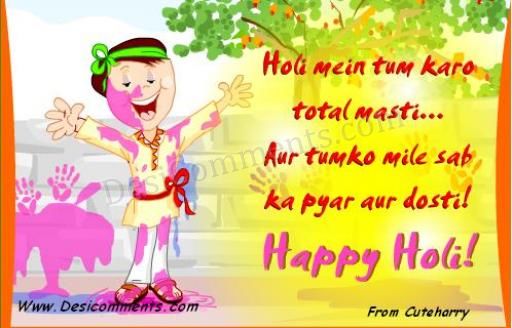 Holi is the festival of color and joy. It is the day when the bright colors of Holi diminish all the discriminations of caste and creed in society. The colors of Holi also bring along with themselves the spirit of joy, naughtiness, passion and enthusiasm. The festival in itself is the celebrations of the divine love of Radha and Krishna as well as the commemoration of the fact that ‘Goodness always triumphs over evil’ and the verity that ‘Truth is always universal’. There is an eternal meaning of Holi beyond the ‘color play’ and ‘grand feasts’.

Namaste word has been derived from two Sanskrit words ‘nama’ meaning to bow and ‘te’ meaning you. It is a beautiful way of greeting people in India. Namaste is basically a way of saying hello what Englishmen usually do. Namaste is wished by folding the palms together resembling the prayer position. Well, in this article, we will give you the definition of Namaste, which is also known as Namaskar.

Namaste is a gesture of saying that “I honor the Spirit in you which is also in me.” It is a way of expressing that you and I are equal. While saying Namaste, the folded hands are usually kept close to the heart, thus indicating that I am glad to meet you and I am saying this from heart. It also acts as a mark of respect for elders. Namaste is the first thing that is taught to a child born in Indian families. To know more about the meaning of Namaste, read on.

In this section, we will throw light on the following aspects of Namaste:

Significance
Namaste has a lot of significance for the people of India. Well, Namaste is the folding of palms close to your heart, as a way of greeting the other person. It is usually accompanied by slight bowing of head. The hands that are held in unison represent the meeting of spirits.

History
Namaste is a gesture that is used in various contexts, on one hand where it is used for greeting the elders, then on the other hand, it is brought to use in the practice of yoga as an important Mudra. It is widely used in the culture of Buddhists.

How to Say Namaste
The right way of saying Namaste requires you to fold your hands, touch your palms and take the clasped hands close to your heart, resembling the position of hands while performing prayers and then wish your elders ‘Namaste’. Talking about how to pronounce Namaste, the correct way is to speak like this “Nam-a-stay”. 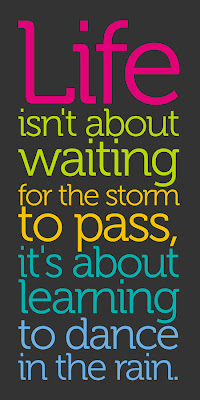